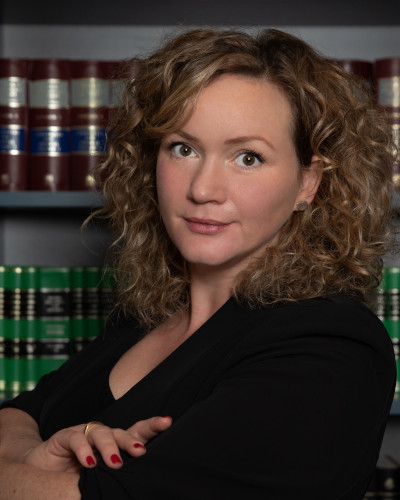 Paige maintains a general practice, with an emphasis on municipal law, administrative law, property law and civil disputes.  She believes that most disputes can be settled with the assistance of firm and experienced representation.  Clients report that she is strategic, efficient and practical.  Called to the bar in 2009, Paige began her career with a major national firm in Vancouver before moving to Calgary to practice at a litigation boutique.  After taking several years off with her four children, Paige joined Henley & Straub in 2018.

Paige is a member of the Canadian Bar Association, the Victoria Bar Association and the Law Society of British Columbia. She is a current Director on the board of the North Saanich Residents Association.  She was appointed to two terms on the North Saanich Board of Variance and served two terms as President of The Countryside Preschool.  When she is not at the office or with her family, Paige likes to muck around with horticulture and floral design. She lives in Ardmore with her family, two black labs, a bunch of chickens and one big fat cat.